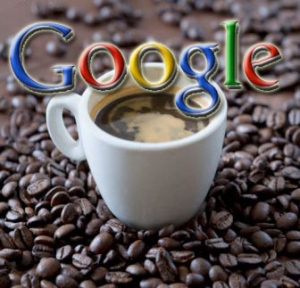 It is customary for Google to make major announcements through official blog posts. Whether it is about managing Google traffic statistics, streamlining keyword research or avoiding the pitfalls of duplicate content, Google communicates entirely through the blogosphere.

Google Caffeine is certainly no exception.In August 2009, Google revealed through an official blog post that it was getting ready to commence research on the next generation of search technologies dubbed with the codeword Caffeine. The reason why Google did not spill the beans about Google Caffeine at that time was simply because Google did not have any beans to spill. The concept was only on the anvil and at a rather preliminary stage. A few months have passed since then and although the fundamentals pertaining to the experiment are not fully formulated, we know enough to be able to judge the direction in which the experiment seems to be heading.

It is the first step in a process that will let us push the envelope on size, indexing speed, accuracy, comprehensiveness and other dimensions. The new infrastructure sits ‘under the hood’ of Google’s search engine, which means that most users will not notice a difference in search results. But web developers and power searchers might notice a few differences, so we are opening up a web developer preview to collect feedback,

As is evident from the direct quote above, the primary, and in all probability, the secondary emphasis in Google Caffeine will be on innovation combined with improved search architecture. Google recognizes, like all of us do, that technology has progressed on multiple fronts in an explosive fashion ever since the first time Google search technologies were conceived, tested and implemented almost a decade ago. Google now wants to integrate, as seamlessly as possible, just about every new facet of search technology that can be leveraged to its benefit. Google Caffeine is all about harnessing these complex and often diverse technologies so that the search engine major can provide its users with a near-perfect search experience resulting in increased Google traffic for millions of websites.

Under the Cover Design for More Google Traffic

Several Googlers, Matt Cutts included, have indicated that Google’s attempt to solidify its position in the real time search engine space will result in changes that will occur purely “under the cover” or “under the hood” meaning that users will not notice anything significantly different on the surface in terms of the search engine results pages (SERPs) Google will generate. At the end of the day, the goal is to provide those Internet surfers who visit Google’s main website and all its regional search websites with the type and quality of results they expect to receive from a company like Google. End result? Near instant indexing of content posted on the web, improved relevance and a much wider span of indexable web pages—milestones that are fully in line with Google’s user mandate.