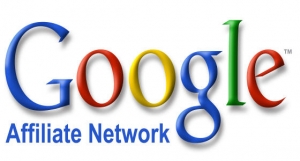 It is no hidden secret that the first decade of the 21st century often described by experts as the decade of Internet commerce has witnessed unprecedented growth in the online e-commerce space. More than $29 billion changed hands in 2009 over the Internet through online commerce transactions with the figure expected to go up 22% this year when final reports come in after Christmas. It is no wonder that Internet profits, according to ComScore, touched a record $900 million within a 24-hour period on December 15, 2008.

As anyone might justifiably expect, Mr. Google, the emperor of the online space, had something to do with it. You all have heard about Adsense and Adwords. However, there is something called the Google Affiliate Network which, if leveraged correctly, can help you rejoice all the way to your bank and some more. In this brief report, we tell you what the CPA Google Affiliate Network is and how you can generate passive income that has the potential of turning into a mighty waterfall from a gentle stream.

What is the Google Affiliate Network

You will recall that Google has a stated business strategy of taking over successful companies that demonstrate future potential. Urchin Software became Google Analytics, You Tube became Google You Tube and a little known NGO trying to build a trustworthy Internet directory much like Lii.org and Business.com became DMOZ. The list is rather long and since you are here to read about the Google Affiliate Network and not read a textbook chapter on Google 101, we will leave that discussion for another day tempting as it might sound.

Google took over a relatively unknown company called DoubleClick which ran a little known cost-per-action or CPA network called Performics in direct head-to-head competition with Amazon’s Amazon Associates Affiliate Program. A CPA network, simply put, is an affiliate network in which publishers—website owners who wish to make money online through affiliate marketing—receive a commission each time an online visitor performs a clearly defined action. This may include but is not limited to completing a marketing survey, applying for an insurance policy, applying for a credit card—you get the picture. On June 30, 2008, google renamed DoubleClick’s Performics affiliate network and we all know it today as the GAN or the Google Affiliate Network.

Becoming a member of Google’s CPA Affiliate Network is not as easy as 1-2-3 as you might expect. The number of prerequisites and eligibility conditions you need to fulfill is rather long but by no means complicated. Since thousands of Internet marketers, in their ongoing attempts to increase web traffic, have smoothly graduated to GAN membership status, you too can become a contender. Here are a few of the major eligibility conditions you will need to fulfill:

Up and Running Google Adsense Membership

The Google Affiliate Network was recently integrated into the Adsense network by Google to make it easy for publishers (affiliate marketers) to manage both accounts seamlessly. You therefore need to own an Adsense-supported website to apply to Google’s make money online GAN platform. Unlike Adsense, you can choose which advertisers you wish to represent and on which page you intend to showcase them through banner ads, text ads or a combination of both. Advertisement displays on Google’s CPA affiliate network are not context-sensitive. You are welcome to rotate them though after checking out the advertiser’s ad banner and text link inventory. Simply paste the code on your HTML source pages, test, tweak and upload. Although not compulsory, Google would like you to provide a short review, preferably positive, of the CPA advertiser you are planning to plug on your website.

Complete Adherence to Google’s Adsense and GAN Terms and Conditions

There are no hidden secrets in either set of terms and conditions. You need to remain honest and transparent at all times. You are not permitted to support anti-social activities on your website or indulge in any unethical practices even remotely so, and so on. Remember that Big Brother Google is always watching you and looking very quietly over your shoulder. This is great for us because it keeps the riff raff out of the Google Affiliate Network or any other Internet-based money-making value proposition for that matter thus instilling that much needed credibility among our target audience of global site visitors.

Although this report has been prepared with publishers in mind and a quick follow-up report will be presented exclusively for advertisers, you need to know why we believe that Google’s CPA Affiliate Network is the best. Here are our reasons and we are sure you will find more as you apply and subsequently reap the phenomenal benefits of GAN membership status:

The Google Affiliate Network is as transparent as it can be. As an advertiser, you know precisely who your publishers are—their entire Google analytics record, traffic counts, visitor ratios, bounce rates, you name it. Similarly, publishers can thoroughly check out an advertiser prior to submitting an application to become a CPA affiliate. The GAN platform provides both advertisers and publishers with the never-before option to check each other out thoroughly so that the business relationship can commence smoothly from the same page.

Your GAN payment account is 100% secure as it is combined with your Adsense account. There are no third parties or intermediaries processing your payments. It’s strictly between Google and you. The added convenience of timely payments based on a preset schedule makes GAN membership a highly attractive value proposition.

There have been a few rumblings recently leading prospective publishers to believe that unlike Commission Junction or ClickBank, Google’s CPA Affiliate Network isn’t large enough. Technically, this is true to a certain extent. Having said that, you will notice that the advertiser sign-ups on GAN have been rapidly gaining momentum in the recent past. The exercise is well worth the wait.

Many of the CPA affiliate networks do not generate commissions and affiliate income unless an action leads to a sale. In other words, you don’t get paid unless an insurance application is monetized through a sale by the insurance company in spite of the fact that you generated the lead. This is not the case with Google’s CPA Affiliate Network. You are paid referral incentives for having generated a lead and there is no upper limit to how many leads you are allowed to generate as long as each lead you generate through an action is 100% legitimate and above board—a condition that Google monitors 24X7.

Support for both CPA and CPC Revenue Models

The Google Affiliate Network helps you make money online in two ways. Once you increase web traffic to your content website, you are at liberty to choose which affiliates you can represent. CPC links generate online profits when a sales transaction is completed while CPA links help you make money online when an action is completed thereby generating a lead for the advertiser.

Is the Google Affiliate Network right for you? We believe so. Even if you are new to the exciting world of making money online and passive income, you can still participate because the playing field is as level as it can be. Start out by building a content rich website in a niche that is both marketable and interests you. Increase web traffic through organic search engine rankings, social media and Google Adwords if your pocket book allows you to do so. Apply for Adsense once your traffic reaches respectable limits after waiting for at least three months. Stay with Google Adsense for another three months so that you have great Google Analytics to report to Google. Finally, apply for membership into the exclusive GAN Club and you are probably set for life.